The Saru Tal Trek is an holy water of the Sar Lake located at an elevation of 4200 meter in the Western Garhwal Himalayas in the Uttarkashi district of the state of Uttarakhand. It is a 9 to 10 days moderate trek that starts from Sankri being the base camp. The Saru Tal is located in such an area where the temperature at the day time is pleasant whereas the nights are cold. The trek starts from Sankri with Dehradun being the starting point of the journey. You will start to experience the majestic meadows and the inexpressible charm of the Himalayas will blow your mind at the very beginning of this journey.

The Saru Tal Trek hold magnificent views of
the Gangotri peaks in a distance you will find
the Swaragrohini, Kalanag and
Banderpunch in a close proximity. The trek
lies in the Govind Wildlife Sanctuary National Park 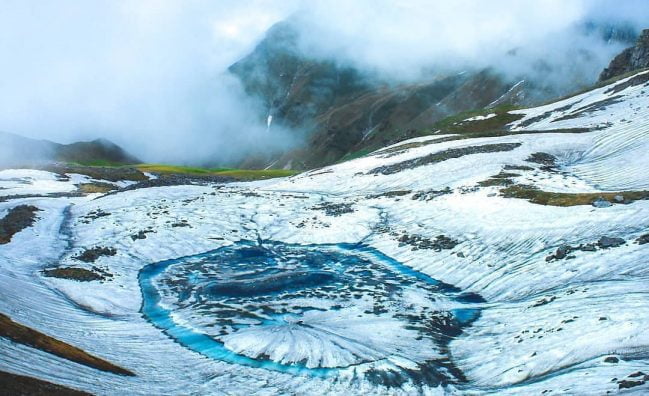 As we know today is first day of our trip from Dehradun at 6:30am onward journey to Sankri.Sankri is located at a distance of 210kms on the National Highway. It’s a long scenic drive on a Tata Sumo or a similar vehicle takes at least 9 hours to reach Sankri, our trek base providing absolute comfort to the trekkers so that they can enjoy the beauty of the
Drive on twisting roads, which present the most scenic sights of the Garhwal as you pass through exotic locales of Mussoorie, Barkot to finally arrive at the last motorable village Sankri, 13km inside Govind National Park. You’ll camp at this quaint village for the tent in pitched camps.

Finally Your ground trek will begin today where you’ll head towards the Juda Ka Taal having an altitude of 9100 Ft.
Today's morning we start from breakfast and some warm up exercise to help you acclimatise with the local weather conditions, you’ll begin your trek from the beautiful village of Sankri and trek towards Juda ka Talaab. This remote lake tucked away in the grandeur of the snow-capped mountains is the ideal place to camp for the ever changing scenes bring alive the natural kaleidoscope with every change in light. Retire for the night by a pond ringed by pine and oak trees.

Walk through the dense forest of pine and oak trees. It is not surprising to come across steep ridges. Do care to observe the shepherd huts in open meadows, which are redolent of an idyllic setting. The winding roads through these settings take you to the Kedarkantha Base Camp. The arc-shaped range of snow-capped mountains comprising of Bandarpoonch, Swargarohini, Kala Nag and Ranglana are all a bliss to explore.
This exquisite location marks the night halt in the tents.
As the night grows darker and darker, it lends it a more Romantic setting as the dense network of stars and glistening peak of the mountain all conspire to create a memorable experience.

The climb begins immediately after Bujulla Thatch and passes through Murunda Thatch. But the view one gets after this climb is awe-inspiring. You may enjoy some time at the summit and behold the mesmerizing views of Swargarohini Peaks  Har-ki -dun valley, and Black Peak. The quaint temples of Lord Shiva and Ganesh add to the tranquil ambience of the place. If you have ever dreamt of being an eagle in order to get an aerial view, then this is a place to be. As we behold this moment, we shall spend some time atop the peak. We shall then proceed to Dunda Thatch. This shall be our retiring place for the night and tents are set up here for the night.

The wide meadow unfolds itself in full majesty. After a short while, the ascent begins present beholding vistas of the western Himalayas. This ascent is followed by a beautiful meadow, which is our campsite for the night – Pushtara Thatch. The surroundings and wide space is a blessing, spending night here is a bliss for trekkers. Pitch your tents here and look at the peaks visible from here. These are not just peaks but memories to take back.

The trail is marked by the views of some meadows on the way and on a most ridge and meadow walk.
Finally, you get a breathtaking view of Sarutal – a unique lake between the meadows. It was believed to be discovered by shepherds. Do look at the panoramic view of the surrounding peaks visible from here – Black Peak (Kala Nag), Bandarpoonch, Swargarohini and others. The heavenly blue lake is known for the mysterious origin of its water and it is widely believed that the water from here seeps into the Kedarganga, which is a tributary of the Yamuna. Do enjoy the serenity of a blissful site in the midst of an ethereal setting. If you follow the route further, it shall lead you to Fachu Kandi Pass.
This marks the final point of the trek and return to Pushtara Thatch. This passes through the same familiar route taken en route Sarutal.

The Pushtara Thach to Dunda Thach, 5 minutes of descend is steep then you will come across a temple of Lord Shiva, Goddess Parvati and Lord Ganesha.

The path is same but follow your guide as it gets confusing and every trail looks alike. There are almost descends, have a look at the waterfalls and ranges visible from there.

Continue trekking and in 4-5 hours you will reach Dunda Thach, setup your camps here and enjoy spending night amidst a meadow.

When you leave from Dunda Thatch, the trail passes through a rivulet after you reach Kharsuka. This passes through a verdant and dense sylvan forest. The silence of the forest is punctuated by the chirping of the birds. As you reach Shikolta, you encounter another rivulet. The confluence of these two rivulets is in Halara Khadd, which further meets the Supin. You must walk cautiously as this trail is slide-prone too. As you encounter two wooden bridges on the trail, it’s an indication that you have reached Posla, where the sound of the mellifluous stream fills your ears with music. You don’t realize until you have reached Sankari.

Last day of trek the official ending to your mesmerising Sarutal trekking. As you travel on the same path from Sankri to Dehradun, the excitement at the start of the journey finds a way to settle down with a set of unforgettable memories as you head back to home.

Nearest Airport - Jolly Grant Airport in Dehradun , is located 24 km away from the city.
And daily flight from Delhi to Dehradun.

The regular bus service from Delhi to Dehradun, from Delhi’s (ISBT Kashmere Gate).
We would suggest you to take only government buses from (ISBT Kashmere Gate). Private buses run from outside of ISBT and they are not trust worthiness.
Usually buses drop you at Dehradun ISBT. From there you have to come to Dehradun Station through Ola/ Uber Cab and Vikram , Tata Sumo or similar vehicles to go Dehradun Railway Station at 6:00am.

Pick-up from dehradun to Sankri is not included in the cost of the trek.


Based upon your request we will arrange a pick up and drop from Dehradun to Sankri and back to dehradun. This will be shared equally by the team members on actual basis. You pay directly to the driver/transporter. The fare is Rs 5500 for a Tata Sumo/Mahindra Maxx one way. This can accommodate 6 to 8 people. A Tempo Traveller charges Rs 9000 (12-14 seat) one way. This is NOT included in TREK FEE and to be paid directly to the driver/owner.

If you wish to reach our Trek Base Sankri on your own by public transportation:

While returning from Sankri take the morning bus to Dehradun/Vikasnagar and reach by 7 pm. 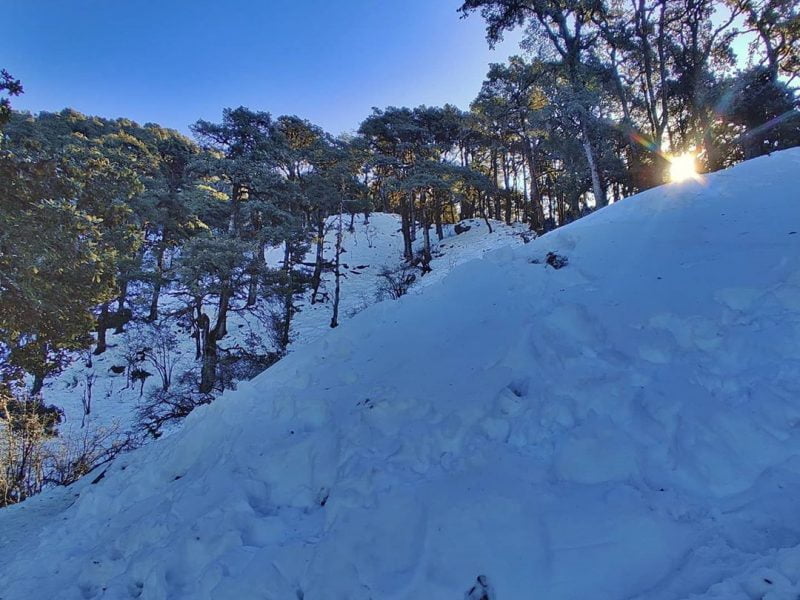 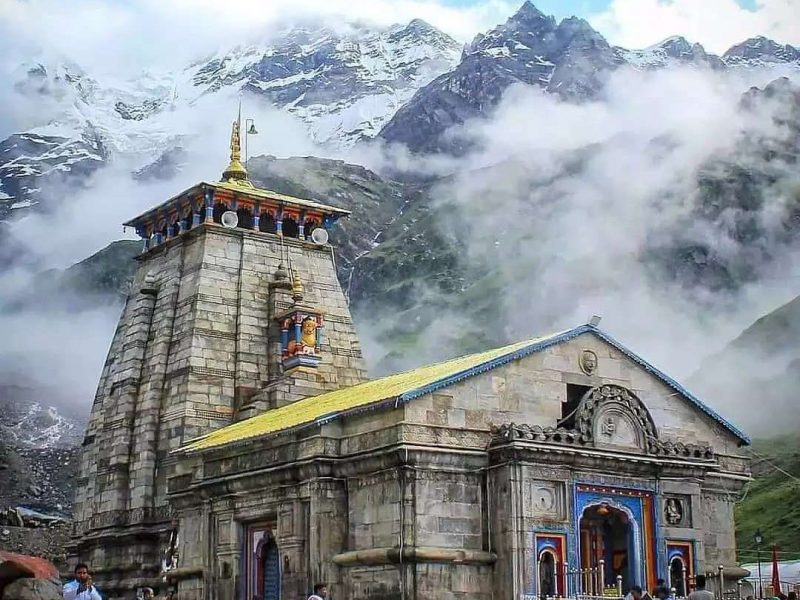 Kedarnath, possibly the most well known and widely travelled dham in our itinerary. According to old legends, Kedarnath is the place where Lord Shiva granted the Pandavas redemption after many prayers and requests, upon the end of the Kurukshetra war. “Kedar” is one of the many other alternative names for Lord Shiva. . Kedarnath is […] 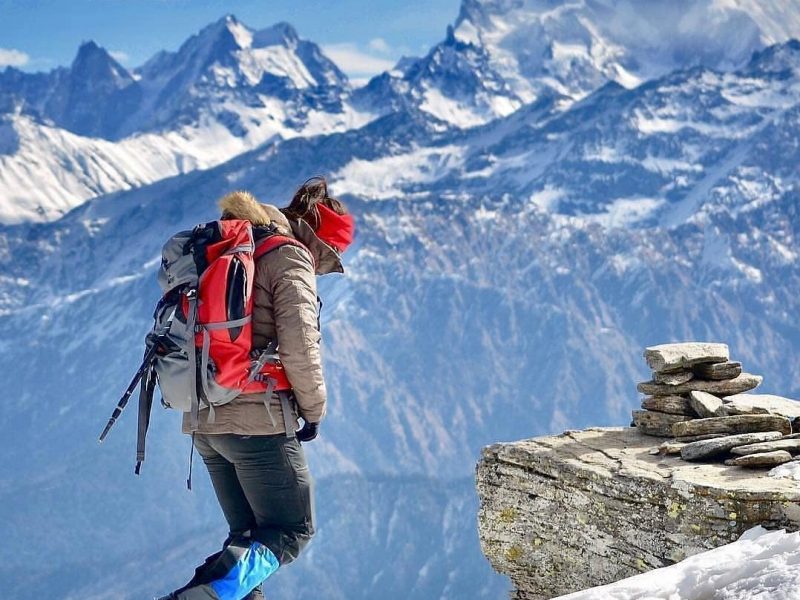 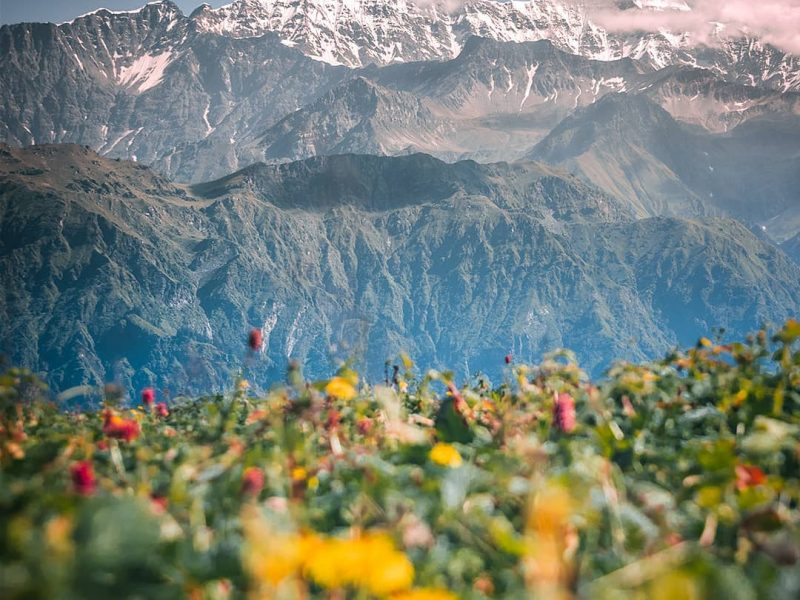